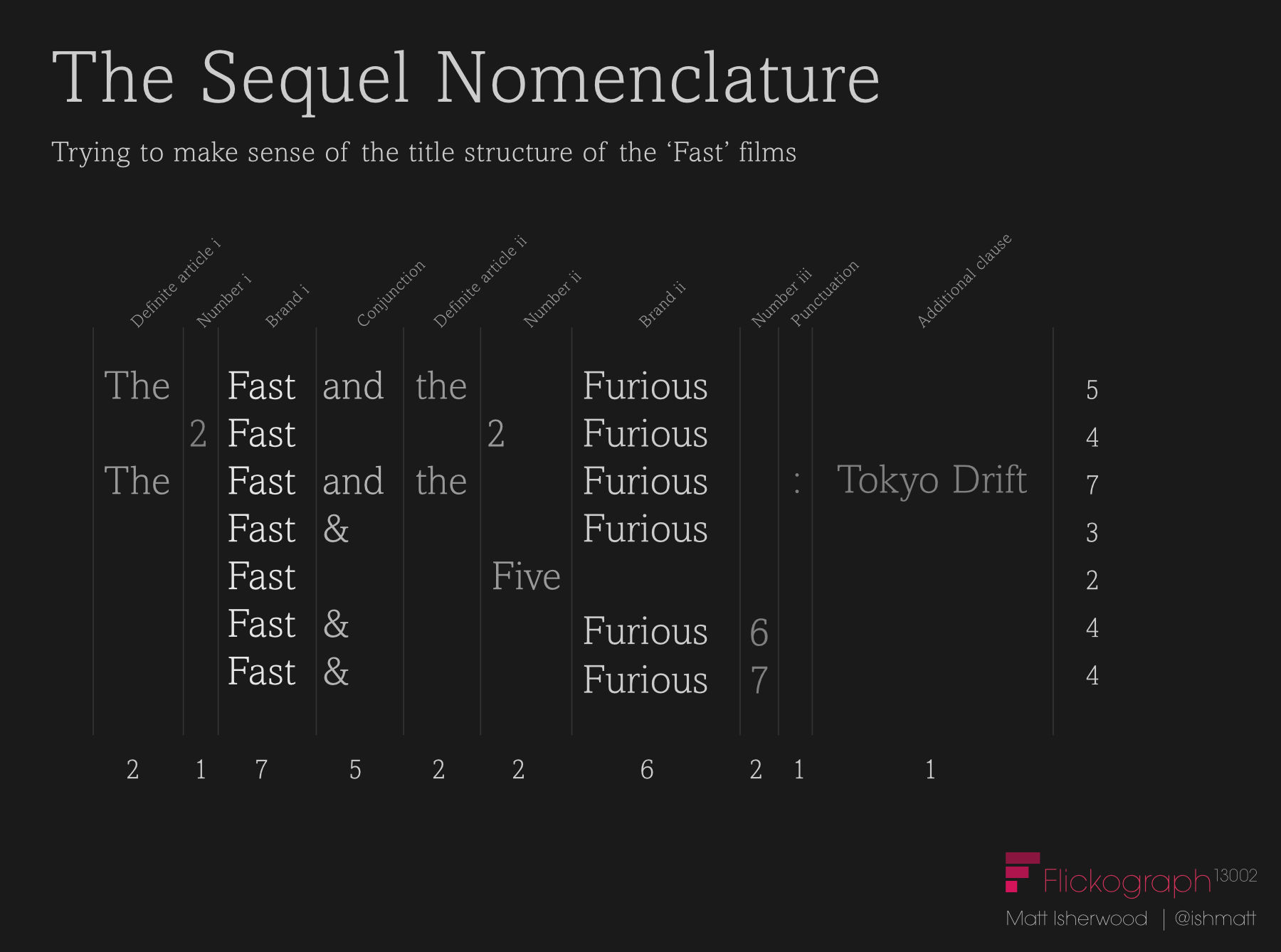 I tried OK, I tried. But whatever system the makers of these films are using is beyond me. Has there ever been a more nonsense sequel naming convention than this?

By the third one it seemed like things might be heading in quite an expected direction. Other than the fun they had on the second one with a bit of pun-work around the number 2 (and who couldn’t resist that?) it seemed the rest of the sequels would be following the template laid out in the third film, i.e. add a subtitle for each one. So the fourth one would be The Fast and the Furious: Rome Skid or something, right?

Oh no. The fourth film had its own set of rules. Time to shed those definite articles and even switch up to an ampersand. It seemed they were starting a new convention. And why even make reference to what number in the series it is? Who cares these days, grandpa?

Except in the fifth film they did. And this one saw the revolutionary dropping of the ‘Furious’ part of the brand so the only consistent element is the word ‘Fast’ (although they missed the opportunity of calling it something like 5ast 5ive or similar – see the boyband 5ive). Perhaps this was them finally settling on a new, streamlined system? Of course not.

Only by number 6 & 7 have they finally found a common pattern to follow. Hey, it takes a while for films to find their rhythm.