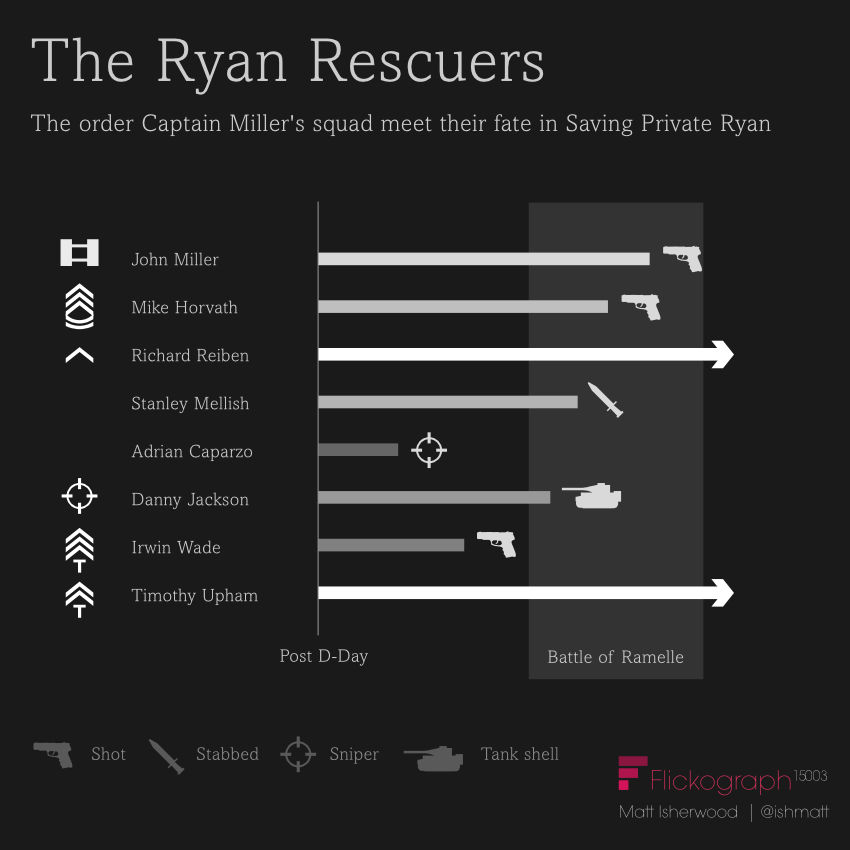 A simple infographic, this one. Looking at what became of the somewhat all-star (they’ve all had decent film careers) squad who set out to rescue Private Ryan. Only two of eight survive in their mission to save one man, making the point about the futility of war.

The bars represent approximately how long they last in the film and the order they met their fate. I might update this with a more detailed version with exact screentime for each actor. I’ve also put some iconography in there to show their rank/role and how they were killed.

Data from the Saving Private Ryan wiki. WW2 Insignia from here. And if you need to remind yourself of which actor played which character, you can check on IMDB.