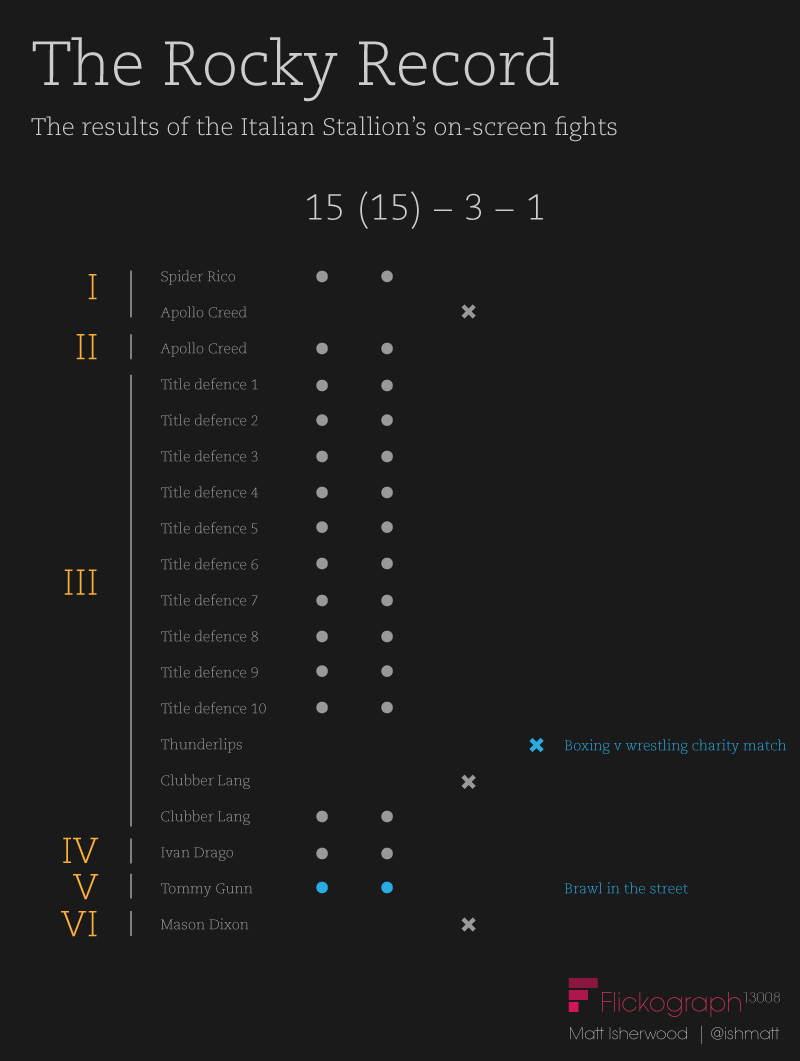 It’s a simple one this. Rocky has had a fair few outings at the cinema (six in fact) but as a boxer on-screen what’s his actual record? For a start it turns out he doesn’t actually box very much. Each film one tends to be build around one fight. If it’s the boxing action you’re after then Rocky III is for you with 13 opponents faced, although ten are in a montage and one is more of a wrestling match with Hulk Hogan (aka Thunderlips).

The data is from Rocky’s Wikipedia page, where they’ve actually included a ton of other fights. Somehow someone has incredibly worked out the rest of his journeyman record (including names and which round the fights ended in), which makes his total stand at 57 - 23 - 2. I did add one additional fight from Rocky V where he has a scrap with Tommy Gunn in the street, which whilst not a ‘proper’ fight I included so that that film could get a mention. Also if the fight with a wrestler is going to count…

But in terms of on-screen boxing it’s 15 wins (15 knockouts), three losses and one draw. What stands out (other than the series not being afraid to have a few losses) is all of his wins coming by way of knockout. Showing the film industry’s love for a dramatic finish but somewhat surprising for a character who was more about his impressive stamina, granite chin and lasting power.