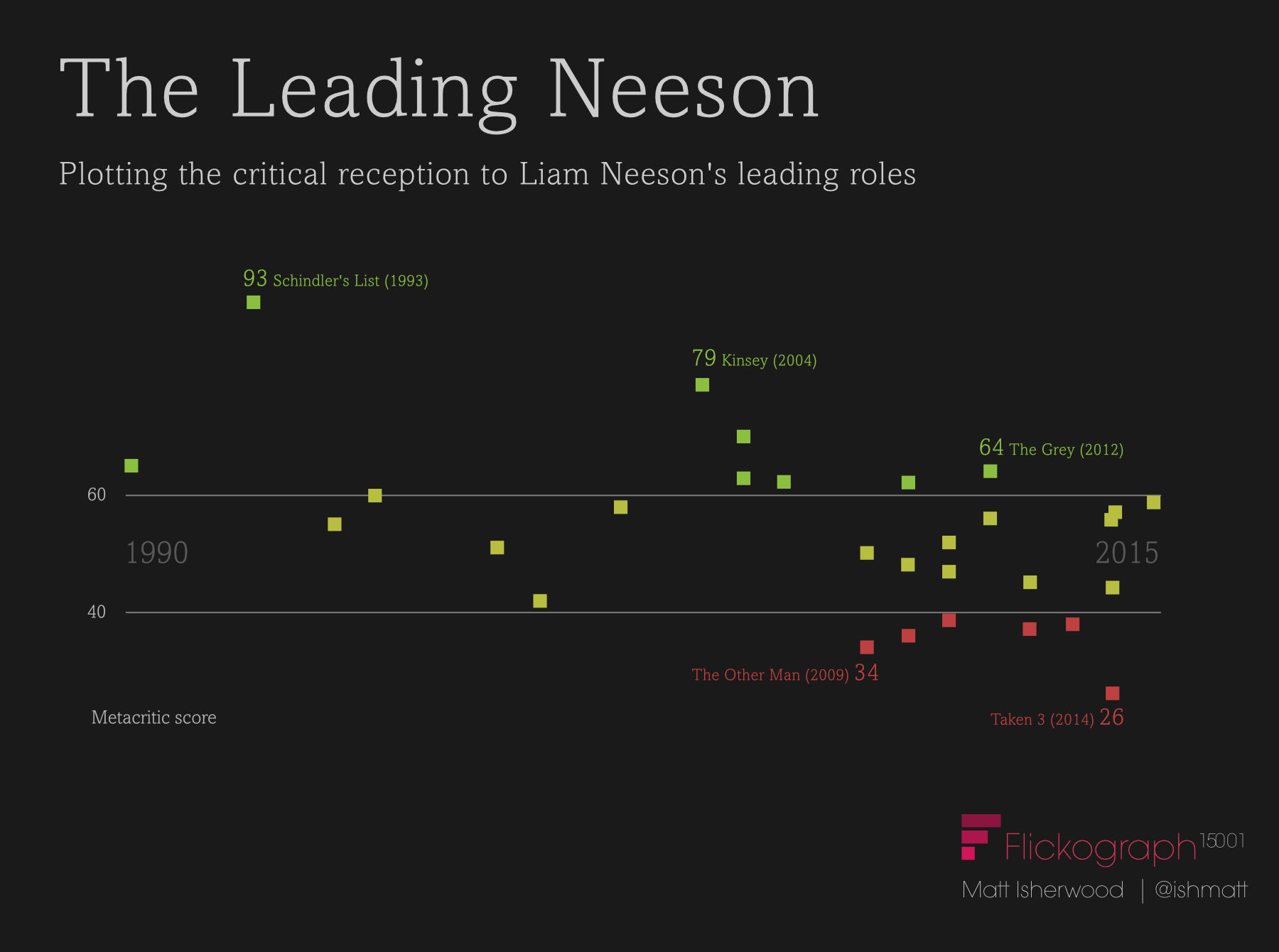 Just what is going on with Liam Neeson these days? Didn’t he used to be a great actor once? Oscar nominated for Schindler’s List, he now finds himself in the likes of Taken 3, Run All Night and Non-Stop. Films that from the posters look almost exactly the same (man holding gun).

I’ve taken a look at his Metacritic score (the average of all reviews for a film, out of 100) across his leading roles over the last 25 years. I’ve looked at films where he’s been in the top three billed actors as outside that it’s hard to say he’s influenced the film too much. The lines represent the Metacritic boundaries for positive (green), mixed (yellow) and negative (red).

Looking at it, his career does unfortunately appear to be on a bit of a downward turn. Schindler’s List is certainly an outlier and most actors would be happy to be in a film like that just once in their career. However, the negatively reviewed films have all appeared since 2009, with Taken 3 representing the nadir at a score of just 26. Surely it’s time someone like Quentin Tarantino re-invented him, as he did with Travolta? Kinsey and The Grey have proved he is still capable.