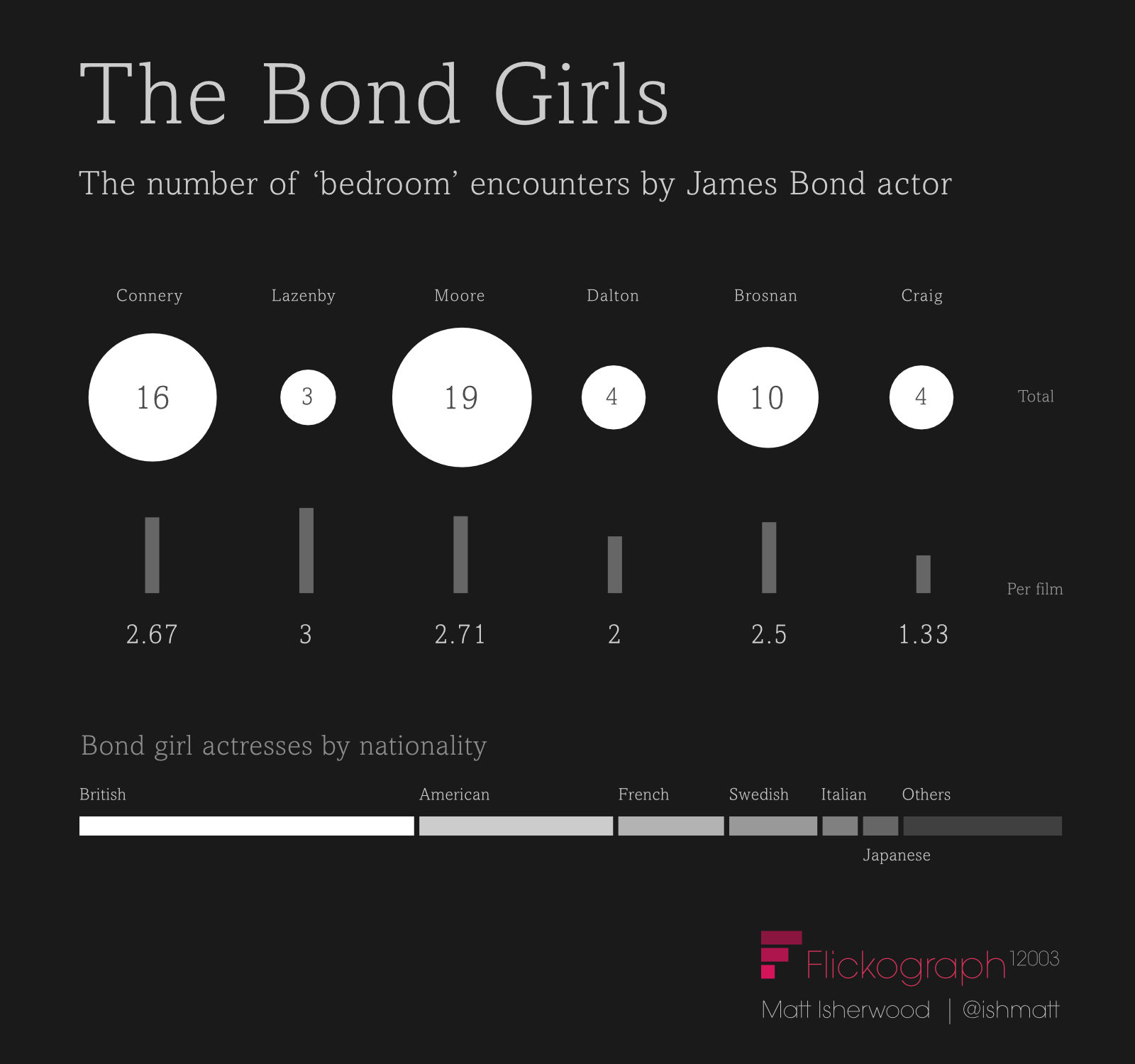 When it comes to comparing James Bond with other spies, he’s probably best known for two things: his gadgets and his ‘girls’. So here’s just which actor has been the most-Bond like when it comes to sexual encounters (up to and including Skyfall). As with most things in the James Bond world, it’s a Connery v Moore battle but you can see things have changed with time. Daniel Craig’s Bond has modernised things by having the spy be not quite so promiscuous. Maybe he’s finally settling down.

Unsurprisingly most of the actresses are from Britain but I was surprised at how well represented Swedish actresses are in the Bond girl world (five of them).